I just returned from a short but fun three-day visit to the East Bay Area.  The previous week I’d been searching the Portland area for a few specific plants; Stipa barbata, Agave bracteosa and Yucca linearifolia. Sadly no one I called had any so I packed my carry-on bag lightly in hopes I just might find these plants down there while on a family visit.

First stop was the nursery at the Ruth Bancroft Garden in Walnut Creek. I’ve visited the garden a number of times in the past when their sale area consisted of a couple of tables with plants on them.  This year they have a full fledge nursery with staff and volunteers. Below are some photos of the nursery area. 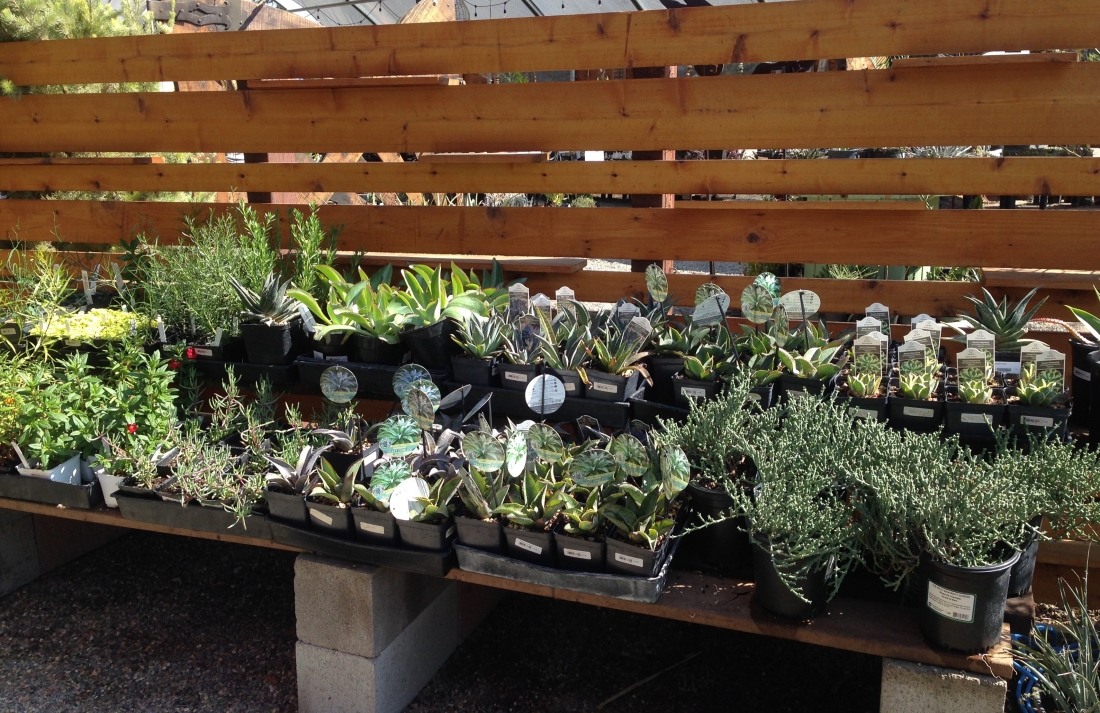 I had to hunt and peck but I did find two small Agave bracteosa and one Yucca linearfolia there. I also picked up a Romneyi coulteri, and something new to try, a Thryptomene saxicola from West Australia. There were lots of other tempting plants but most were too large for me to bring home.  The pricing is very reasonable. Most one gallons plants were 12.95 and the 4-inch pots ranged $6 – 8 each.

The next day my sister and I decided to do a nursery blast in Berkeley and see what we could manage in four hours.

Westbrae Nursery was our first stop. This nursery is located in the north Berkeley neighborhood and has been around since the 1930s. We didn’t buy anything but we had fun looking.  I came across this Agonis flexuosa ‘Jervis Bay Afterdark’ (After Dark Peppermint Tree) from West Australia which I would love to have but it grows in zones 9-11 and I doubt it would survive our winters. 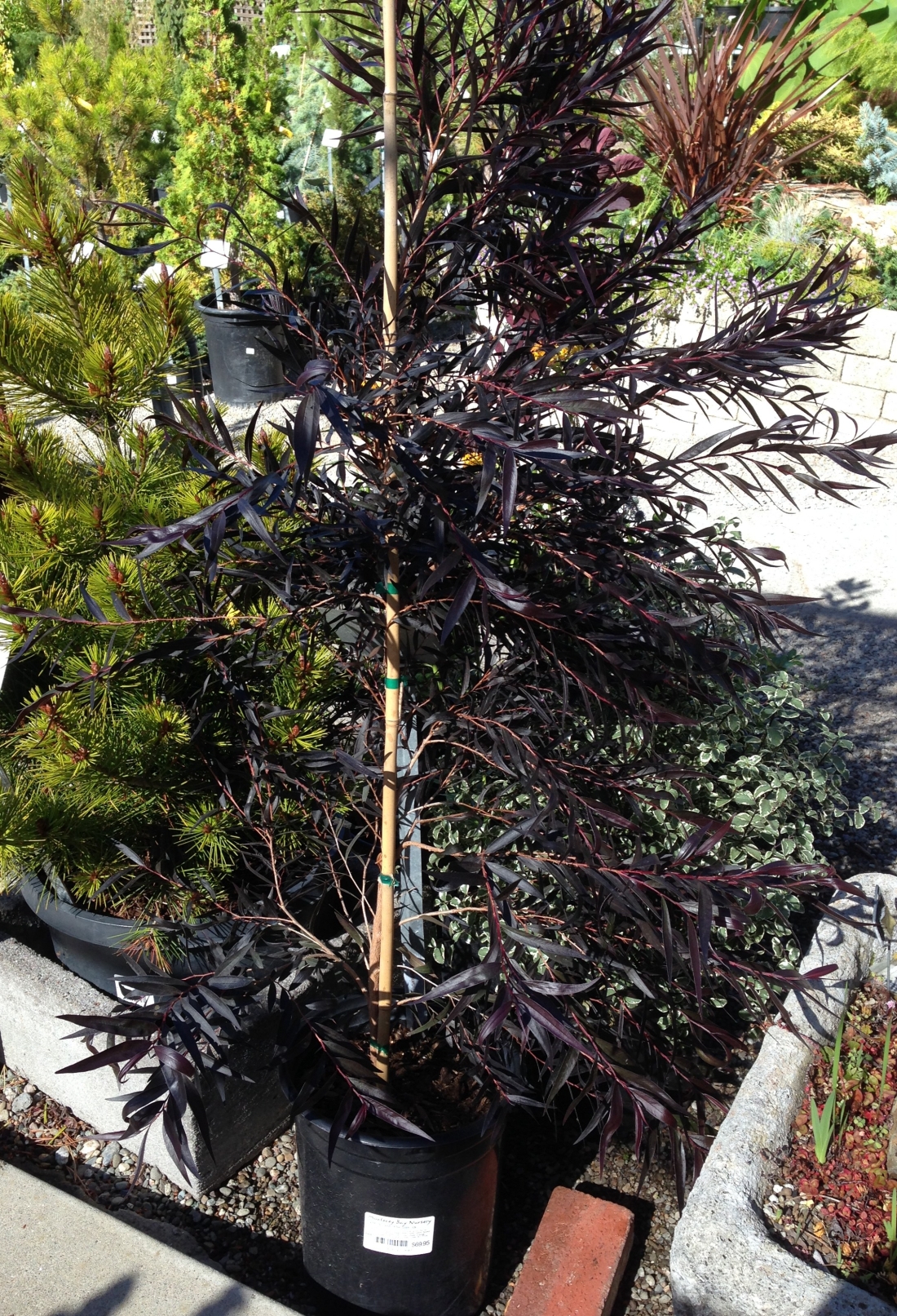 Berkeley Horticulture was our second stop. This was my stomping ground when I lived there. The nursery has expanded  and has an excellent native/xeric section. They did have some of what I was looking for but in large containers only.  I was so busy looking around I forgot to take photos.

Next stop was Flowerland, established in 1947. I must have driven by all the time when I lived there but I don’t recall ever seeing it.  Interesting gift shop, coffee trailer, and lots of xeric plants.

From there we made our way to East Bay Nursery on San Pablo Ave. It is quite a large space both indoors and outdoors once you enter. Lots of cacti, succulents, and xeric plants! Really helpful staff too.  One of the fellas I chatted with said I really had to try an Aloe x ‘Green Pagoda Spiral.’  I haven’t been able to find much information online about this plant. I believe it may need to come indoors during the winter.

Final stop was The Dry Garden on Shattuck Avenue. This was suggested as a place to visit by the folks at Xera Plants.  Driving there I realized it is just two blocks down from The Starry Plough pub where I used to go for Irish ceili dancing and music. In fact, I met my husband there. 1979 doesn’t seem that long ago driving down these streets again.

The Dry Garden was packed full of cacti and spiky plants. And yes, they had the plants I searched for but only in very large containers. So, I took a pass and wandered around. If you are an aficionado of cacti, succulents, and spiky plants this is a go-to plant destination. Parking is a challenge as it is street parking only in a busy area. 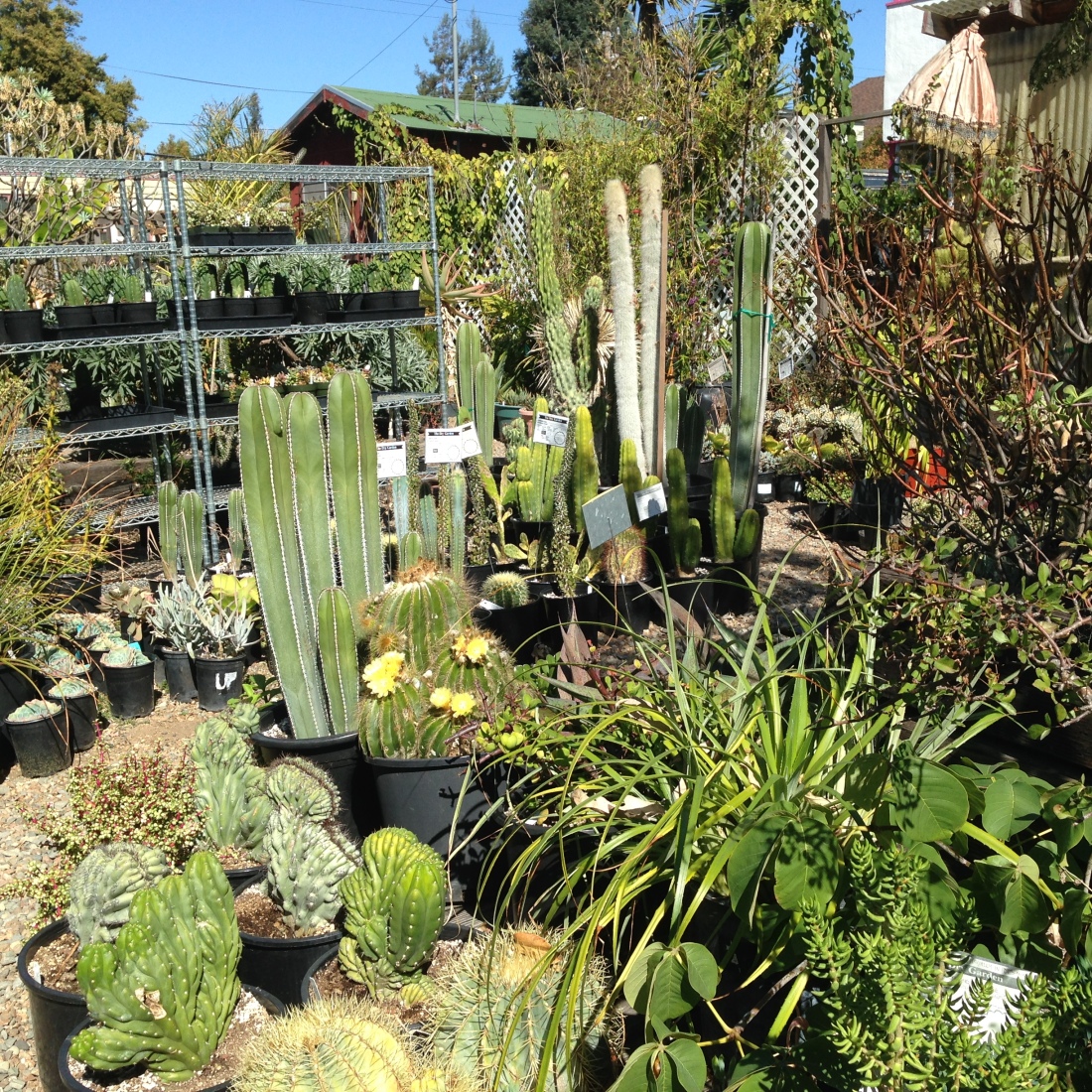 So, after taking my treasures back to my sister’s house in Martinez I gave them a dose of water and on the day of the flight I removed the plastic pots and put each plant into a plastic bag and then double bagged them. Most fit into my carry-on bag that was checked at the gate. The others I was able to put into a tote bag.  I did check online about bringing plants back into Oregon and Washington. Not much other than they should  be in a soilless mix or bare root (no dirt). I made sure to keep the nursery tags with each plant. Of course the Oakland TSA ladies pulled the bags right away to inspect them. I explained what I was doing and they became very friendly.

In the past I never found cacti or even most succulents very appealing but after my first visit to the Ruth Bancroft Garden I was  smitten. It’s a fascinating garden and the addition of the nursery will make it a busy place. I hope you get a chance to visit.

Gardening in the Lincoln neighborhood of Vancouver WA USA. View all posts by onevancouvergarden